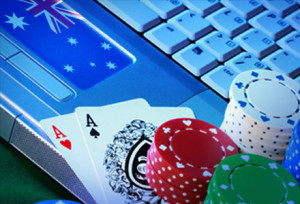 The Interactive Gambling Act of 2001 (IGA), passed by the Howard-Government in June 2001, has set regulations on the operations of online casinos in Australia.

The Act prohibits offering or advertising real money gambling services to Australian citizens. However, the Act does not have a current law prohibiting individual consumers from placing bets online. Australian citizens can legally place a real money bet online if the online casino is hosted by a foreign operator.

Offline casino gambling is regulated by the Casino Control Act of 2006. This Act provides regulations for venue operations. It also provides guidelines for the various State and Territory Regulation Committees. Playing pokies in Australia is legal as long as the operators maintain proper licenses and follow all regulations placed by the State and Territory Regulatory Committees.

Australian Gaming Machines have become increasingly popular. Slot machines can be found in every local casino, most pubs, and hotels throughout the country. Interactive online gambling portals ensure that consumers do not have to leave the comfort of their own home to enjoy pokies. 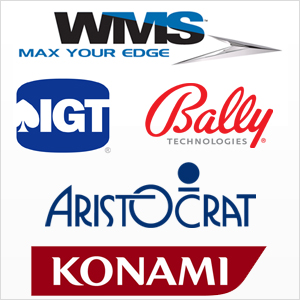 The top 2 most popular Australian pokie machines manufacturers are Aristocrat and IGT. Aristocrat is disputably more popular due to such strong roots in Australia, but IGT is ranked the highest producer internationally. In 3rd place is Ainsworth Game Technology. All 3 manufacturers have common products with multiple variations and attributes.

In the early 80s the Aristocrat company produced the 1st slot machine currently known as “The Modern Day Pokie.” Aristocrat is known for its two most famous Systems, the System 7000 Prime and the Oasis 360. Aristocrat is one of the largest manufacturers in Australia. It provides services to land-based owners desiring to host online.

IGT is popular for providing service to the pokies needing repairs or maintenance. IGT originated in Australia but is currently global. This company is the leading manufacturer of gaming machines in the industry. Their newest product is the IGT bluechip Neo-N machine. Ainsworth Game Technology has a signature jackpot featuring the Double, Triple, and Quad Shot games. Ainsworth offers Game Plus, Premium Plus, and Cabinet gaming systems.

Pokie play is very popular in Australia. Australia’s pokie machines games population is ranked the 7th highest in comparison to all other countries. Over 60% of Australia’s gambling profit is earned through pokie machine revenue.

Casino of the Month